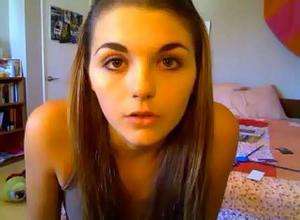 The Tale of LonelyGirl15 and Her Last Video

Jeremy Gutsche — September 15, 2006 — Marketing
References: mtv
The massive success of LonelyGirl15's YouTube videos has been all the rage on the net. LonelyGirl was a lonely young women who poured out her insecurities to the internet. This week, she released her final video and the rumours of an ad stunt came true.

"To millions of fans across the globe, she's Bree, a rebellious and often-naive teenage girl who has become an Internet sensation, starring in a series of YouTube video blogs under the handle "lonelygirl15." But as it was revealed this week, Bree isn't really Bree at all â€” she's Jessica Rose, a 19-year-old actress struggling to make her way in Los Angeles." - MTV