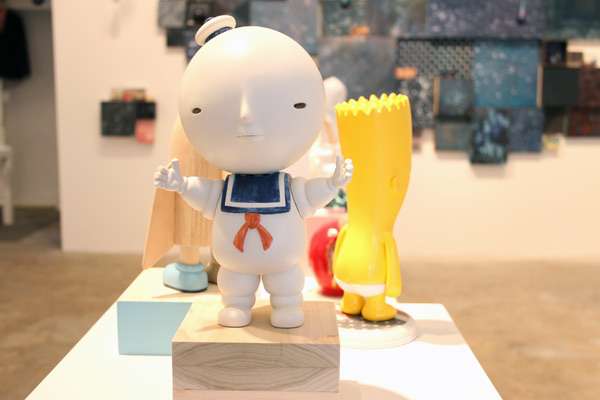 Jason Soy — March 28, 2012 — Art & Design
References: yoskay & juxtapoz
Share on Facebook Share on Twitter Share on LinkedIn Share on Pinterest
Upon initial viewing, these Yoskay Yamamoto sculptures can be quite unnerving to look at. Taking familiar pop culture characters like Bart Simpson, the Stay Puft Marshmallow Man, Pikachu and Hello Kitty and altering these characters to have a similar face, the Japanese artist toys with viewers’ expectations and gives them something refreshing, if completely odd.

Perhaps the most striking feature of these Yoskay Yamamoto statues is their almond-like eyes. Cartoon characters are traditionally presented with doe-eyes to convey a sense of innocence, so to see beady slits in their place definitely catches audiences off guard. Then there’s the matter of protruding noses and pouty lips. These three characteristics combine to form faces that aren’t particularly nice to look at, forcing viewers to re-evaluate their relationships with cartoon characters and whether their feelings towards these pop culture staples can sustain itself despite superficial changes.