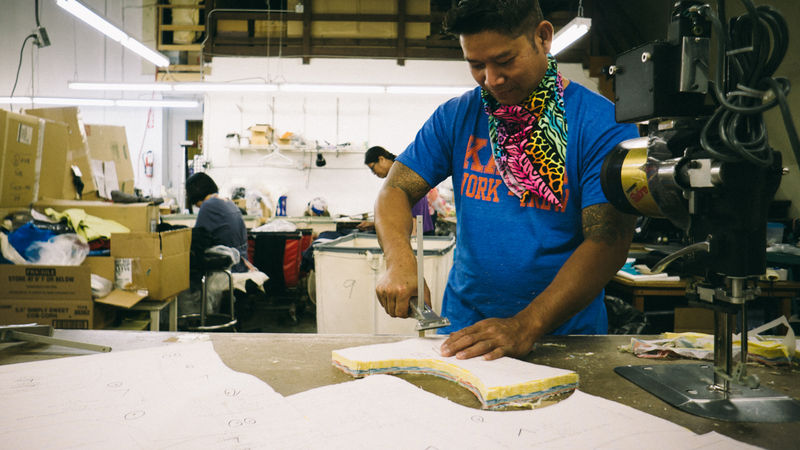 Social Business Editor — October 4, 2014 — Social Good
References: yeslerapparel & kickstarter
Share on Facebook Share on Twitter Share on LinkedIn Share on Pinterest
Yesler is a bold and adventurous social business and sports apparel company appealing to Americans as patriots. They ask: Why is it that so many Americans are interested in sports yet their athletic apparel is made elsewhere? USA-made attire is also about more than patriotism, however, it's about both being aware of how and where your clothing is made and the importance of getting out there and exercising. Whether it's organized sports, running, yoga or anything, really, Yesler's gear, in its quality and design, will fit the bill.

"Because 70% of us either watched or participated in some athletic pursuit, while less than 2% of athletic wear is made here," Yesler explains. "That means 1.2 million domestic, skilled workers have lost their jobs, more than any other manufacturing sector. "

They're at the tail end of a very successful Kickstarter campaign, which will interest you if you're attracted to the best of the best. All the time and always.