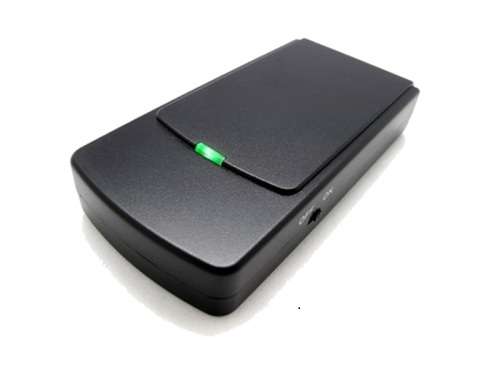 The Yapper Zapper Brings Peace and Quiet to Public Spaces

Meghan Young — October 21, 2011 — Tech
References: yapperzapper & ohgizmo
Share on Facebook Share on Twitter Share on LinkedIn Share on Pinterest
Pretty much everyone in Western society owns a cellphone, but the Yapper Zapper is its antithesis. This mini mobile jammer blocks all GSM, CDMA, DCS, PHS and 3G signals within a ten-mile radius. With this little device, a semblance of serene solitude can be achieved while commuting on trains and buses, enjoying a movie in a crowded theater or even eating at a restaurant.

While the Yapper Zapper might be illegal in most jurisdictions since it impedes on one's freedom, it nevertheless is a grand way of silencing those irritating people who yap away during the most inappropriate of times. Considering that the Yapper Zapper is not the first of its kind, perhaps a person could get away with it for awhile.
3.5
Score
Popularity
Activity
Freshness
Access Advisory Services