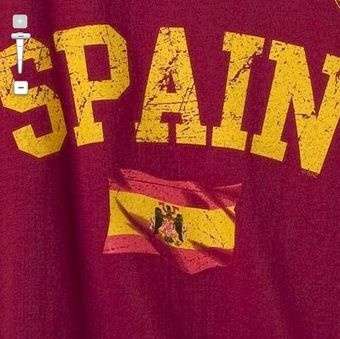 Marissa Liu — June 16, 2010 — Social Good
References: jezebel
Under fascist ruler Francisco Franco Spain's flag looked different for their current one. Out of respect for the tens (some speculate hundreds) of thousands murdered and imprisoned during Franco's reign and symbols of his rule such as this flag are banned. This hasn't stopped American company Target from putting it on a t-shirt.

The t-shirt also carries the slogan, "Una, Grande Y Libre" ("One, Great and free"), Franco's slogan. The World Cup t-shirt is actually kid's apparel and part of a promotion for FIFA. It has since been taken off Target's website, but might still be for sale at stores. It will be a collector's item for sure.
3.8
Score
Popularity
Activity
Freshness