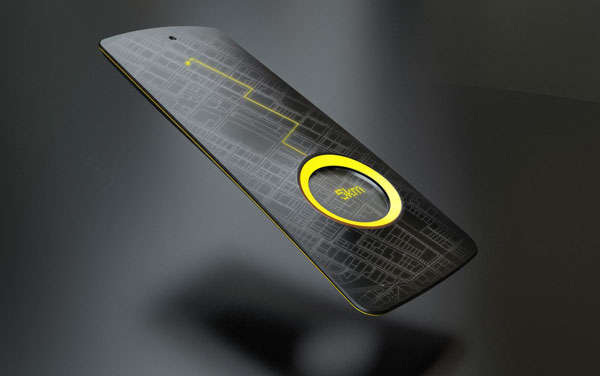 The Wooseok Suh Mobile Device is Reminiscent of the Futuristic Movie

Reminiscent of the pitch black background contrasted by the vibrant amber lines glowing in The Grid, Another World showcases a futuristic smartphone that is not only high-tech but easy to use. Worthy of any user on The Grid, the thin black device functions literally outside the box. As the menu functions, message options, settings and numbers are displayed on throughout the entire face of the phone, a small circular orb also displays the current relative information as well. Though the entire device does not light up, it is ingrained with multiple lines in a charcoal grey, similar to that of satellite images to form The Grid.

Wooseok Suh’s Another World is another great example of how movies inspire real life technology, pushing the limits to human imagination.