25 Gifts for the Gardener 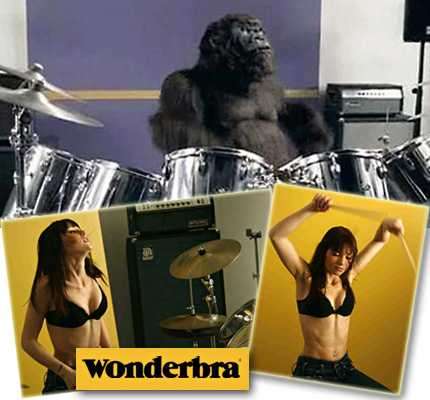 Bianca — November 17, 2007 — Marketing
References: lingerie-uk.blogspot
Share on Facebook Share on Twitter Share on LinkedIn Share on Pinterest
I wrote about Wonderbra's new viral ad, a spoof on Cadbury's gorilla commercial, last week. Only a few days later, and the ad is no longer available online. It was one of the UK's most successful viral ads to date, so what happened?

When users check out the site now, a link brings them to YouTube where they are greated with a disappointing line of red text informing the user the video is no longer online. But why?

We don't yet know why Wonderbra have taken it down but if it was for copyright infringement what happens next?" asked Lingerie Directory UK. "It is the nature of a viral advertisement campaign, which releases material on the internet to be propagated via social networks and video hosts, that once it is out there it is out there! Already there are eighteen other copies of it on You Tube alone, not to mention copies now emerging on other video hosting services."

So basically, Wonderbra doesn't care; the message got out, it spread rapidly online after being picked up by sites like Trendhunter.com, and the ad did its job.

"We are awaiting a response from Wonderbra as to why they have taken such a successful video down after it has been viewed over quarter of a million times in a single week," the blog post said. "We can only think of two potential reasons, either they have encountered legal issues, or they are about to take the campaign to the next level."

The underwear commercial was a parody of a Cadbury Dairy Milk ad featuring a gorilla playing the drums to a Phil Collins hit; in the remake, a model takes the place of the gorilla, drumming dramatically in nothing but her Wonderbra.