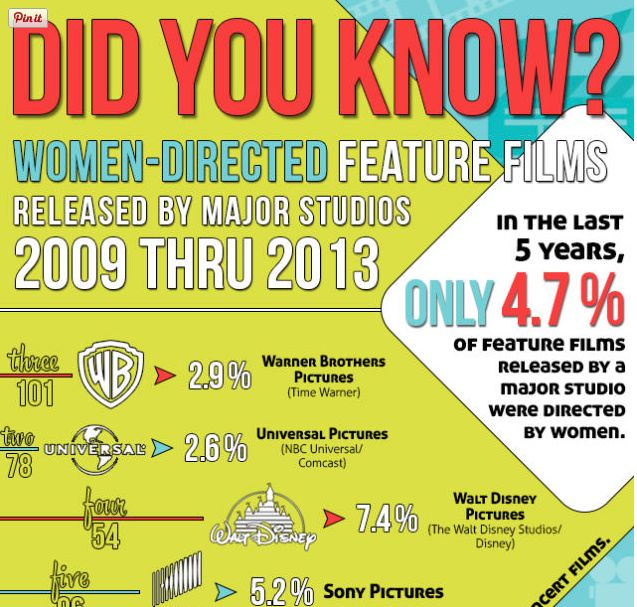 For instance, did you know that over the past five years, only 4.7% of major film releases were directed by women? That amounts to a dismal 22 of the 466 films released in theaters (including animated and cinematic releases). If that doesn't faze you, perhaps the fact that only one woman -- the director of 'The Proposal,' Anne Fletcher -- was hired to direct a whopping two feature films in the last five years, will.

I'm not sure if anything could illustrate a clearer picture of the gender discrimination that women face in Hollywood than this visually arresting infographic. Hopefully, a greater awareness will inspire change in this industry, which is big on tradition and slow to change.