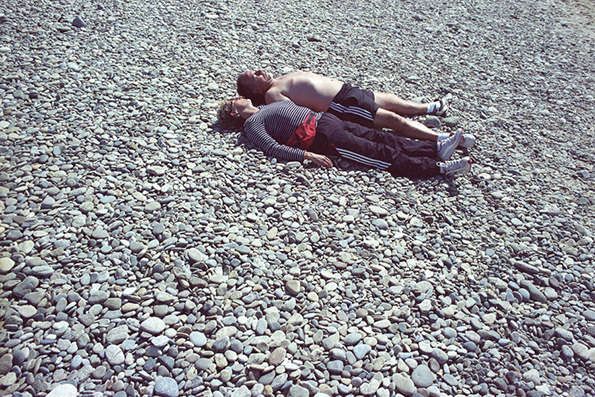 Meghan Young — July 11, 2013 — Fashion
References: willemdekam.nl & itsnicethat
Share on Facebook Share on Twitter Share on LinkedIn Share on Pinterest
There is a youthfulness and quirkiness to the photographic works of Willem de Kam that look almost staged. Yet it is the candidness of the images that really reels audiences in. Although his subject matter tends to vary, especially since he dabbles in a slew of styles including commercial, portrait and documentary, Willem de Kam's shots of vacationers in Bretagne, France, have really captured people's attention.

For It's Nice That, it is English-like look of the area and subjects that attracted them. They note that "more or less anywhere can look 'a bit like England' if you have the right combination of stony beaches, disgruntled looking old people and some greenery." Willem de Kam is a recent graduate of Willem de Kooning Academy in Rotterdam, The Netherlands.
1.3
Score
Popularity
Activity
Freshness
Get the 2023 Trend Report FREE