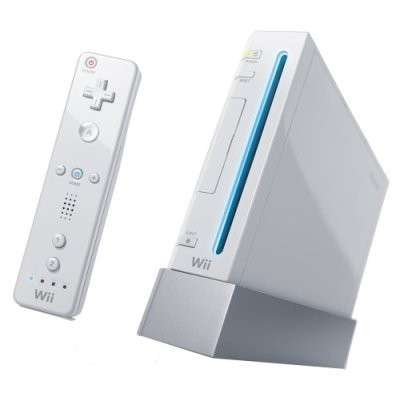 The Nintendo Wii is Still the Hottest Holiday Gift

NUrFz — December 15, 2008 — Tech
References: business.timesonline & gamepro
Share on Facebook Share on Twitter Share on LinkedIn Share on Pinterest
With two straight Holiday Seasons of shortages, the Nintendo is expected to sell out their entire stock of the immensely popular Nintendo Wii this Christmas yet again. Officials from Nintendo have confirmed that despite supplies being up 50% from last year, the demand for the Wii is still greater than what anyone could have predicted. This should come as no surprise to anyone after seeing the results of November’s sales.

According to the Times Online, “November sales of Wii, the games console produced by Nintendo, more than doubled in the United States from the same period last year to a record-breaking two million units.”

Not even a slowing economy has put a slow on the Wii’s ability to sell like hotcakes. Being priced more competitively than Microsoft’s XBOX 360 and Sony’s PS3 may be one of the reasons for that. At $249 in-store retail price, the Wii is listed as the cheaper of the three current next-gen consoles, though the market for the Wii is showing at least $100 for the high amount of demand. While Microsoft chooses not to recognize the Wii as competitors, Denise Kaigler, Nintendo of America’s vice president of Corporate Affairs, replied to such comments to Gamepro with this remark, “That’s for the market to decide.”

The positive side is that many online retailers still have the Nintendo Wii in stock. With no need to line up in the cold thanks to early online ordering, there isn’t a better time than now to jump on the bandwagon in reserving yours before the Holiday Season gets into full swing.
1.1
Score
Popularity
Activity
Freshness
Get the 2021 Trend Report FREE