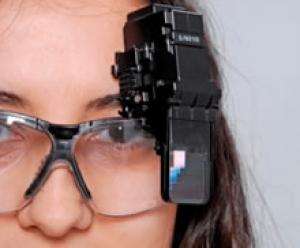 Going Like Sixty — January 6, 2008 — Tech
References: sciencedaily
Share on Facebook Share on Twitter Share on LinkedIn Share on Pinterest
The next big revolution in our interaction with technology will be the concept of wearable computing. Trend Hunter has covered a number of these concepts before, but these visions are soon to become a reality. In fact, one organization, WearIT@work, has already lines up 42 partners, including Microsoft, Hewlett-Packard and Siemens.

Science Daily Notes, "If you have a desktop application, then there is always a screen, a keyboard and a computer unit, but if you have a wearable computing solution, then it can be completely different,â€ says Michael Lawo, technical manager of the WearIT@work project. â€œYou can have speech control in one instance, gesture control in another, though the application should always be the same,â€ he says. The Open Wearable Computing Framework being developed essentially comprises a central, easily wearable and hardware-independent computing unit which gives access to an ICT environment. Some of the basic components include wireless communication, positioning systems, speech recognition, interface devices, and low-level software platforms or toolboxes allowing these features to work together."

The organization is pushing wearable computing to new levels on a number of different fronts, to improve productivity and mobility. No doubt the military will see the first use, but civilians will soon be involved.

And you thought the transition from typewriters to computers was revolutionary...