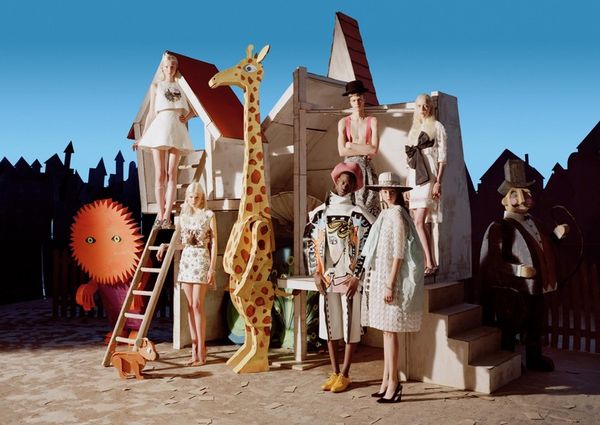 Meghan Young — March 27, 2014 — Fashion
References: wmagazine & models
Share on Facebook Share on Twitter Share on LinkedIn Share on Pinterest
The W Magazine 'Babes in Toyland' editorial is like the live action version of the beloved animated film 'Toy Story.' But instead of cute and loveable characters, the models starring in the photoshoot border on creepy albeit in a very stylish way. The editorial also has a dark retro aesthetic to it that will recall the movie 'Beetlejuice.' It does have a surreal aspect to it, after all.