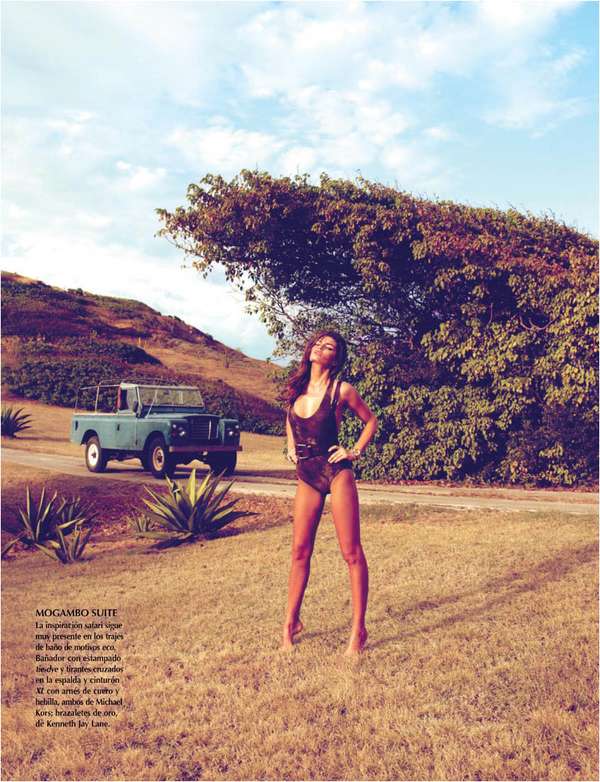 Meghan Young — May 31, 2012 — Fashion
References: vogue.mx & fashiongonerogue
Share on Facebook Share on Twitter Share on LinkedIn Share on Pinterest
The Vogue Latin America 'Un Traje de Diosa' editorial, the name of which means 'a goddess dress' in Spanish, showcases a slew of swimwear perfect for both the beach and desert safaris. The suits themselves have an exotic explorer edge that makes them stand out from the rest of this season's beachwear pickings. More than that, they are extremely elegant and sophisticated, made for the glamorous woman on a adventurous getaway.