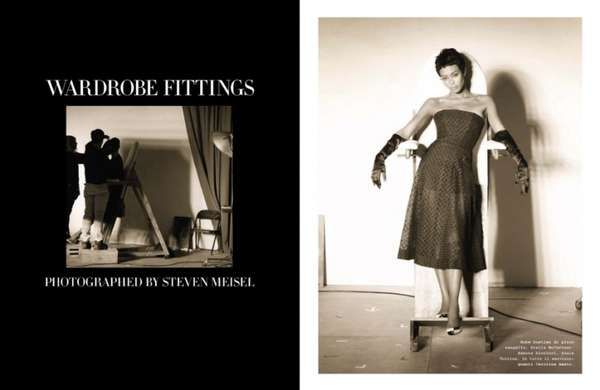 Meghan Young — February 8, 2013 — Fashion
References: vogue.it & fashiongonerogue
Share on Facebook Share on Twitter Share on LinkedIn Share on Pinterest
The Vogue Italia 'Wardrobe Fittings' editorial might seem slightly familiar to those who like to stay on the up and up in the fashion industry. That's because a teaser video of the photoshoot was released a couple of days ago. In it, people got a glimpse of the vintage direction and sepia-hues used as well as Naomi Campbell's thoughts on the female form.

Cinematic Romance Editorials
The Vs. Magazine 'Kate Bosworth' Photoshoot is About Tormented Love