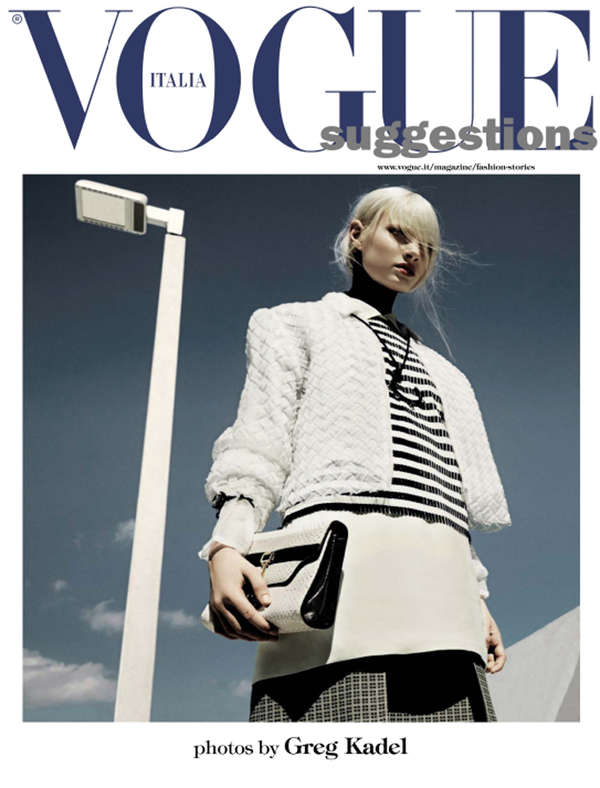 Meghan Young — April 4, 2013 — Fashion
References: vogue.it & models
The Vogue Italia April 2013 editorial is a lesson in high contrast photography and striped fashion, two things that go hand-in-hand beautifully. With a concentration on shots from below, the photoshoot has an epic element. Not to mention that model Steffi Soede is given a more powerful stance that in turn heightens the look of each outfit.

Shot by photographer Greg Kadel, the Vogue Italia April 2013 editorial is captured against a backdrop of cement industrialism and serene blue skies. This setting accentuates the patterns present throughout. In addition to stripes, stylist Enrica Ponzellini pulls checks and polka-dots from the likes of Marc Jacobs, Christopher Kane and Marni, all of which are on point for the spring season.
6.2
Score
Popularity
Activity
Freshness