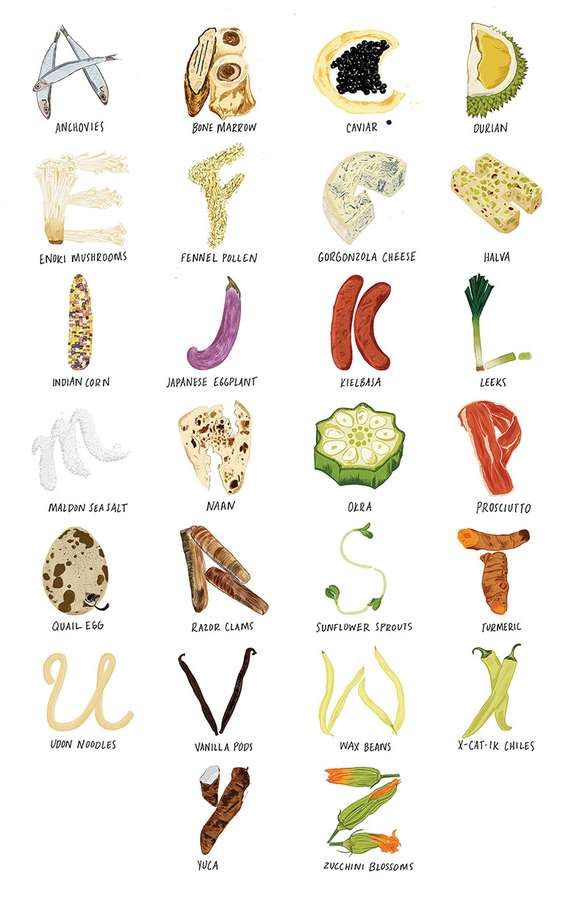 This Vidhya Nagarajan Typography is Mouth-Watering

Josh Triantafilou — May 2, 2012 — Pop Culture
References: vidhyanagarajan & thefoxisblack
Share on Facebook Share on Twitter Share on LinkedIn Share on Pinterest
St. Louis-based illustrator Vidhya Nagarajan recently put together some delicious alphabet designs. She rendered each letter of the alphabet as a particular type of food. For instance, 'A' is for anchovies while 'B' is for bone marrow and 'C' is for caviar.

There has been an explosion of typographic design lately. Of course, much of this can be owed to the amorphous qualities of the latin alphabet. Indeed, there were many styles of fonts before the notion of graphic design, as an industry, became well-established.

Still, to deny the burgeoning popularity of more imaginative typography would be a mistake. At least part of popularity can be explained by the rise of the Internet age and the increasingly visual world we live in. It's well known that websites that look good do better than those of poor design, for instance.
3.2
Score
Popularity
Activity
Freshness
View Innovation Webinars