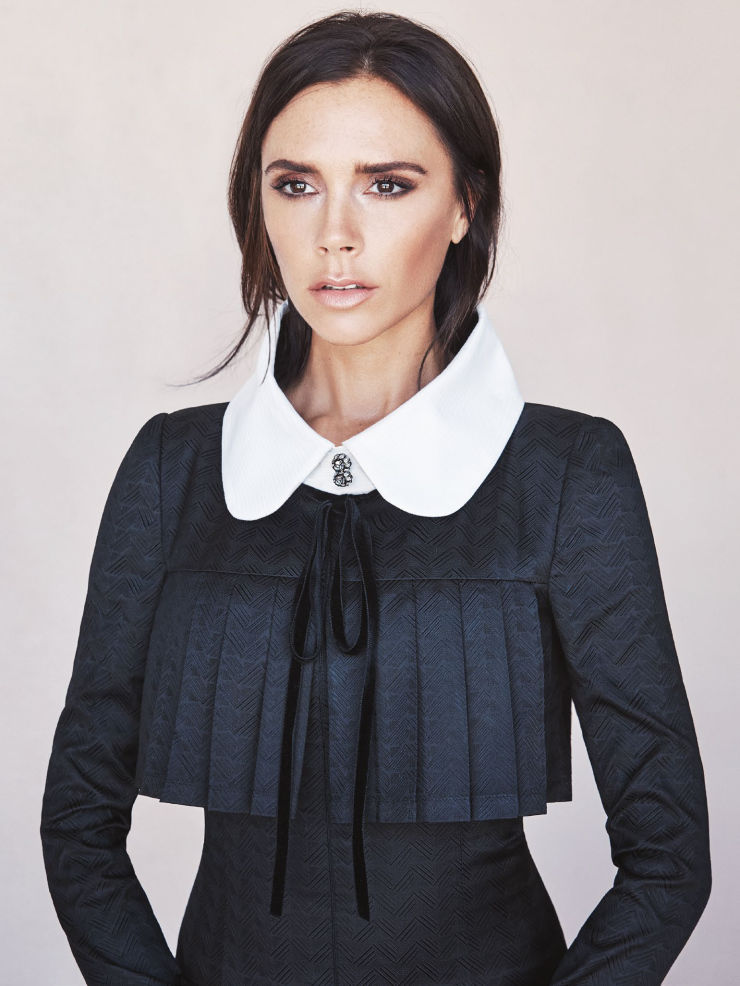 Beckham's look for the editorial, which was curated by fashion editor Christine Centenera, can be best described as "modern-day Mennonite." Though Beckham's signature outfit during the Spice Girls-era was an LBD (emphasis on the L), her look has since grown more conservative, and the outfits she models here certainly reflect her style evolution.

Tina Outen and Wendy Rowe acted as Beckham's beauty team, and they opted for a much softer look than what we're used to seeing on the British trendsetter. Rowe opted for warm shades of brown, taupe and peach, while Outen left Beckham's hair soft, wispy and unkept. Beckham went along with their approach, trading her signature vixen pout for softly parted lips.