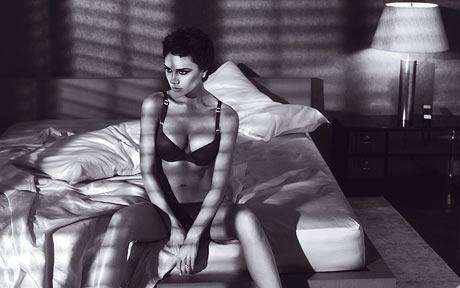 The campaign was shot by photography duo Mert Alas and Marcus Piggott and will soon appear in magazines and on major billboards in London, Los Angeles, New York, Milan, Rome, Paris and Tokyo.

Victoria expressed her delight about the campaign, “It’s an honour to have been selected by Mr Armani to represent the Emporio Armani Underwear brand and to execute his vision with the incredibly talented team of Mert & Marcus.”

Armani himself explained his choice of the Spice Girl and fashion icon, “I chose Victoria Beckham to launch our new global Emporio Armani Women’s Underwear campaign because she is a stylish and intriguing woman. Great underwear is alluring and provocative, and so I wanted to work with someone who would make a real impression. I’m sure Victoria’s presence will generate great excitement.”

Will we see parodies of her ads like we saw of David’s? I hope so!