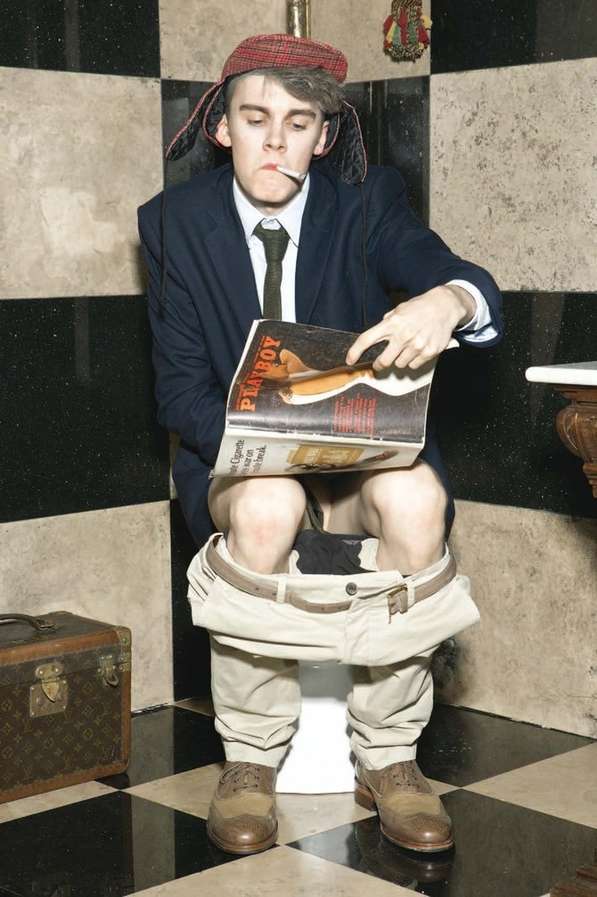 The Vice 'Phonies' Editorial Captures a Lack of Honesty

Romina S. Cortellucci — June 13, 2012 — Naughty
References: vice
Each of the frames of the Vice 'Phonies' editorial is filled with literary liars. The shots captured by New York City-based photographer Ben Ritter are contemporary re-conceptualizations of these iconic characters. The shoot is styled by Annette Lamothe-Ramos, who matches the character profiles with modern clothing.

The characters are all variations of fake with each of the photographs catching the characters in the middle of a symbolic action. For example, J.D. Salinger's rebellious Holden Caulfield is seen servicing himself to Shakespeare's deadly Lady Macbeth covered in blood. Some of the other inauthentics include Captain Ahab, Jay Gatsby, Huckleberry Finn, Esther Greenwood and Ignatius J. Reilly.

The real life re-imagination of the behaviur of these literary characters, allows the viewer some retrospect on phonies found in their own lives.