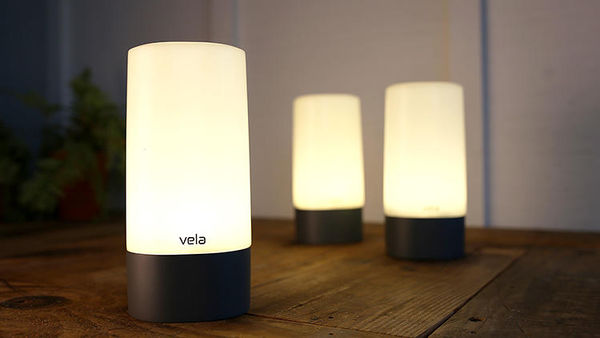 Vela by Joe VanFaasen is Versatile, Portable and Multifunctional

Meghan Young — December 12, 2013 — Art & Design
References: twisthink & fastcodesign
Share on Facebook Share on Twitter Share on LinkedIn Share on Pinterest
Vela by Joe VanFaasen, a Twisthink designer based in Holland, Michigan, is a minimalist lantern that can be taken virtually anywhere. Named after the Spanish word for 'candle,' it doesn't require a power source to function. Unlike candles, or classic Coleman kerosenes, this design isn't a fire hazard when used indoors. So although there are portable lighting options out there, this one has benefits people haven't even thought of before.

More than that, Vela by Joe VanFaasen boasts a speaker. Although it was created with camping in mind, its generic design allows it to be used in other scenarios as well including the bedside table in children's rooms, the porch and more. Dubbed a 'social light,' Vela by Joe VanFaasen also shines a variety of colors to better set the mood.
4
Score
Popularity
Activity
Freshness
Access Advisory Services