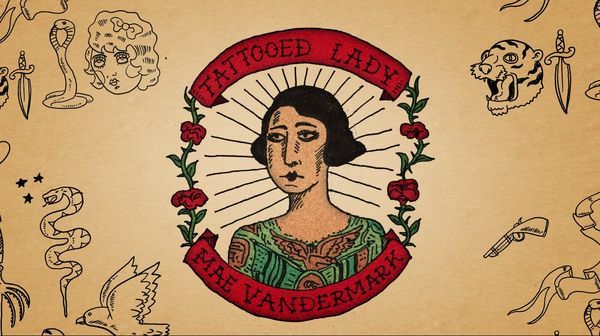 The film describes notable tattooed figures, such as Mae Vandermark, who tattooed “six former presidents on her chest, the national capital on her back, and all of Hollywood across her limbs” all for the modest price of $150. The film also offers a brief historical account of the time period, including the popularity of Pin-ups, women in the workforce, and the beginnings J.D. Salinger’s illustrious career.

Anyone interested in tattoos or history – or both – will enjoy this fabulously illustrated ‘40s piece.
5.5
Score
Popularity
Activity
Freshness
Get Better and Faster