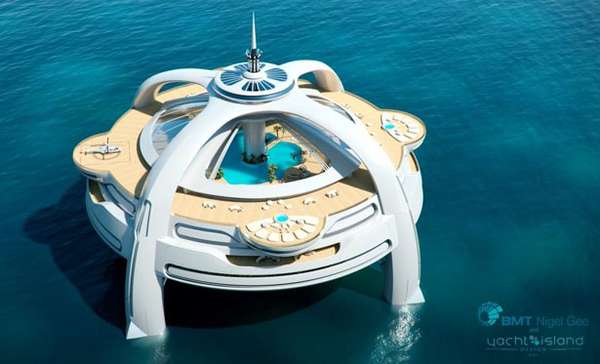 The Utopia Yacht is an 11-deck aquatic living community. The yacht is shaped like a circle and stands on four legs, with each leg containing an engine. When all four of these engines are fired up, the Utopia Yacht can cruise the waters of the world, albeit at slow speeds.

If a design such as the Utopia Yacht ever went from concept to reality it could change life at sea as we know it. Currently, living out at sea for an extended period of time is not a viable option for the majority of people. The Utopia Yacht could change this as it is large enough to support a sizable population for an extended period of time. The yacht could also function effectively as an offshore housing community, letting landlubbers get a small taste of life at sea.
6.4
Score
Popularity
Activity
Freshness
View Innovation Webinars