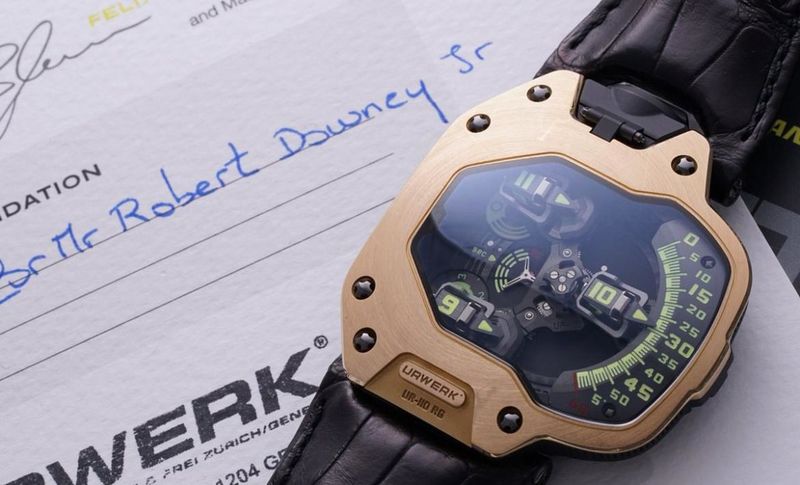 Justin Lam — April 6, 2018 — Fashion
References: blouinartinfo & luxurylaunches
The Urwerk UR-110 RG watch was first immortalized on the screen by Robert Downey Jr. in the Spider-Man: Homecoming movie. The watch was picked specifically by Downey Jr. for the film and was sourced by the costume department from the Swiss independent watchmaker. Until now, the specific model of the Urwerk UR-110 RG seen in the film was not available to the public, but thanks to Phillips, fans can now get their hands on this marvelous timepiece.

The watch will be offered at the Geneva Watch Auction 'SEVEN,' at the Hotel La Reserve in Geneva. The watch will be offered in its original box, will have authenticity papers and will come with complimentary service from Urwerk. Sales made from the UR-110 RG will be donated to Manusodany, a non-profit organization that funds development for the disadvantaged in Haiti.
7.3
Score
Popularity
Activity
Freshness