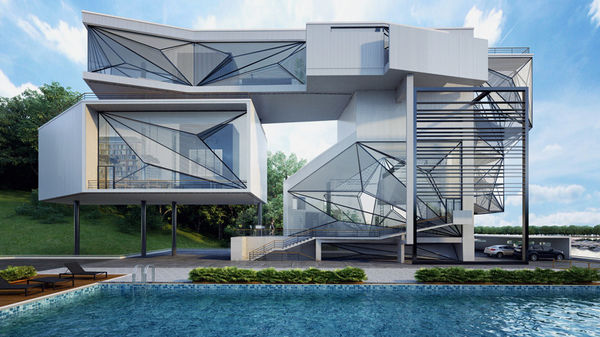 The house is unlike anything people have seen before, as the overall shape moves far away from traditional rectangular designs. Certain features of the building are meant to replicate clouds, giving the people who live here a feeling as if they were up in the sky, suspended between two bodies of water. Having the pool on one side and a large lake on the other helps with this feeling of suspension in the air, which is exactly what Urban Office Architecture was aiming for with this development.

Fit for a pilot, the Aviator's Villa gives visitors that constant feeling of suspension.