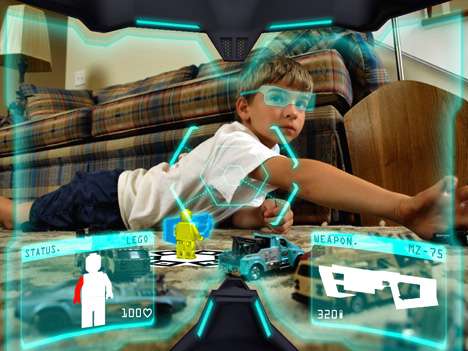 Nika Kubiak — April 1, 2009 — Tech
References: yankodesign & vimeo
Share on Facebook Share on Twitter Share on LinkedIn Share on Pinterest
Young designer Frantz Larsone is trying to merge strategy video games and toys. In the his futuristic game "Augmented Reality," Army men evolve in a virtual environment that looks like a real house. “I propose here to go a step further by using the actual environment of the player to make it the world in which the characters of the game evolve,” Larsone says.

To play the game you need head-mounted glasses, old toys and an imagination. You’ll be able to create a new environment with no limits. “The objective of this project is to create an imaginative and engrossing environment while still creating value for old discarded toys," says Larsone. "It's kinda like tabletop war-game and a strategy video game coming together.”

"Augmented Reality" the game is a work in progress, but already is stirring up controversy.