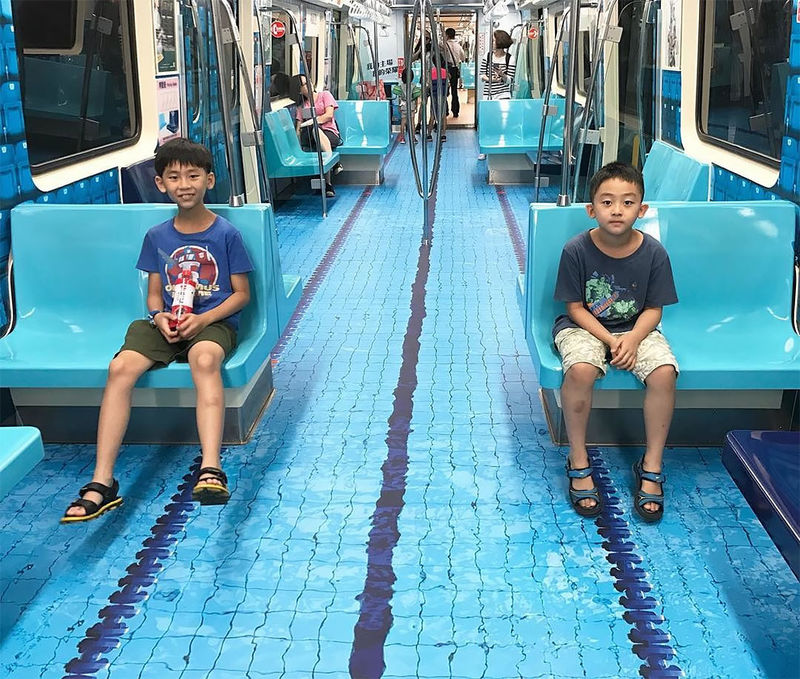 Universiade is a large international sporting event, second only to the Olympics. To create buzz for the events Easycard Corporation transformed the city's subway carriages into surprisingly realistic simulations of various sporting venues.The subway car's makeover focuses mainly on the floor detailing, which has been changed to depict various scenes, from grassy to water-based. Made using laminate overlays of the floor's of sports venues, these new subway cars have been altered to appear as basketball courts, soccer fields and most popularly, swimming pools.