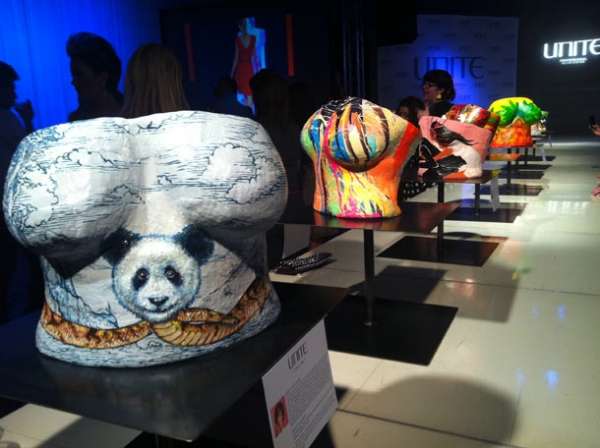 Taylor Keefe — November 7, 2011 — Social Good
References: keep-a-breast.org & juxtapoz
Share on Facebook Share on Twitter Share on LinkedIn Share on Pinterest
The UNITE Unveiled symposium is an annual event where artists, designers, and celebrities gather to rub elbows and show off their latest creations. In other words, it's predominantly an excuse to get drunk and look at some cool art. However, this UNITE Unveiled event was held to benefit the breast cancer foundation Keep A Breast.

The haircare company UNITE asked several celebs to collaborate with artists to create tasteful body casts that could later be sold off to the highest bidder, with all proceeds going to the Keep A Breast foundation. A few of the celebs who lent their assets include Madonna, Carrie Keagan and Lisa Rinna with artists like Billy Dee Williams, Megan Whitmarsh and Taylor Reeve, among many others, who colored the sculptures.

It is a rare sight to see a street art-infused design scrawled across the fake breasts of a celebrity, so if you have the coin, pony up and help out a good cause for the UNITE Unveiled event.
5.3
Score
Popularity
Activity
Freshness
View Innovation Webinars