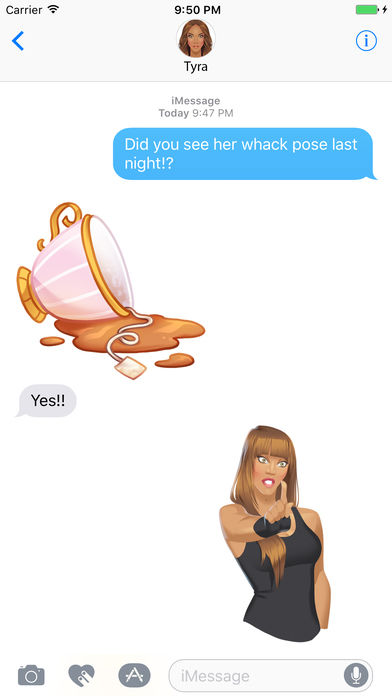 Joey Haar — January 12, 2017 — Pop Culture
References: itunes.apple & techcrunch
Share on Facebook Share on Twitter Share on LinkedIn Share on Pinterest
'Tytymoji by Tyra Banks' is the latest project from the well-known supermodel. Tyra Banks made her name as a model, but the celebrity has since branched out, thanks in large part to her famous TV series, 'America's Next Top Model.' To keep her name on people's tongues (or, more accurately, on their fingers,) Banks has released this set of emojis and stickers for the iPhone.

The stickers and emojis in Tytymoji by Tyra Banks include many references to the various in-jokes from the 'America's Next Top Model' series. These include a set of hands holding a sign that reads "I have one photo in my hands" and an open envelope with with phrase "Tyra Mail" emerging from it, both of which reference the mechanics of the show. The stickers also include cartoon versions of Banks herself.
5.9
Score
Popularity
Activity
Freshness
Get Better and Faster