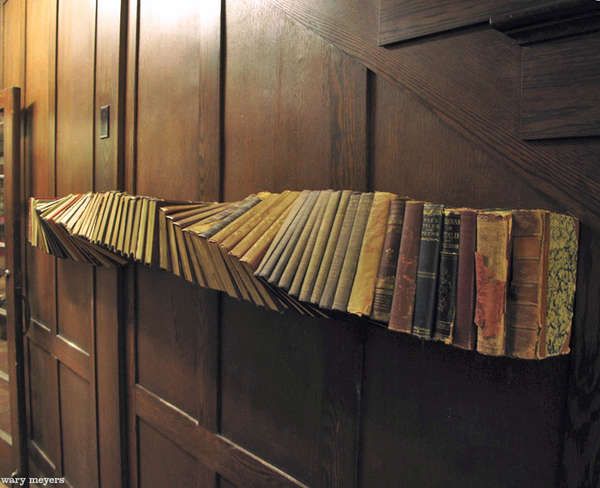 Twisted Tales by Wary Meyers is Made for Whimsical Literature Lovers

Meghan Young — October 12, 2012 — Business
References: warymeyers & mymodernmet
Share on Facebook Share on Twitter Share on LinkedIn Share on Pinterest
The Twisted Tales art installation is sure to inspire a similar bookshelf in one way or another. Like the invisible bookshelf, the Twisted Tales installation appears to involve books that can float in midair. Of course, the hardware is simply hidden behind the novels themselves. Yet this illusion feeds into the Bedknobs and Broomsticks and Harry Potter influence cited by the artists. As well as the Shakespeare quote, "shuffling off this mortal coil."

Created by Linda and John Meyers of Wary Meyers, who have played with books before, the Twisted Tales installation pays homage to the late 19th century public library that was recently taken over and renovated by VIA Advertising Agency. Nevertheless, the historical ambiance has been maintained, which Twisted Tales beautifully complements.
3
Score
Popularity
Activity
Freshness
View Innovation Webinars