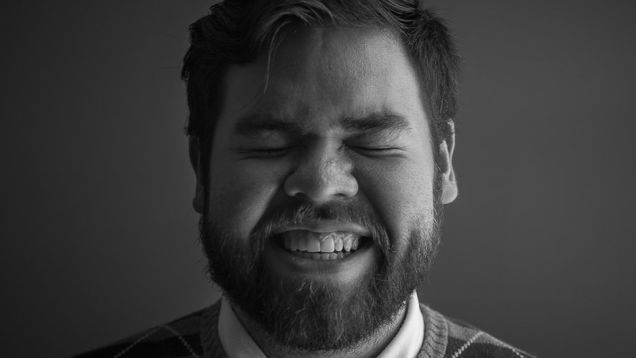 Trevor Christensen Strips Down Behind the Lens

Vasiliki Marapas — August 28, 2014 — Fashion
References: trevorchristensen & jezebel
Share on Facebook Share on Twitter Share on LinkedIn Share on Pinterest
Upon first glance, there appears to be no nudity in Trevor Christensen's series of so-called "nude" portraits. However, judging by the subjects' expressions -- ranging between amusement, bewilderment and discomfort -- it's very obvious that someone in the room is not wearing any pants, and that person is Christensen himself.

This is not merely a tactic to coax hilarious facial expressions from his subjects, however. Actually, Christensen is attempting to leverage the inequality between the photographer and subject, a relationship he deems to be rooted in a structural power imbalance. He admits, "Despite my best efforts, subjects often feel a sense of vulnerability during the process."

In order to combat this, Christensen puts himself in an even more vulnerable position than the subject by shedding his clothes.