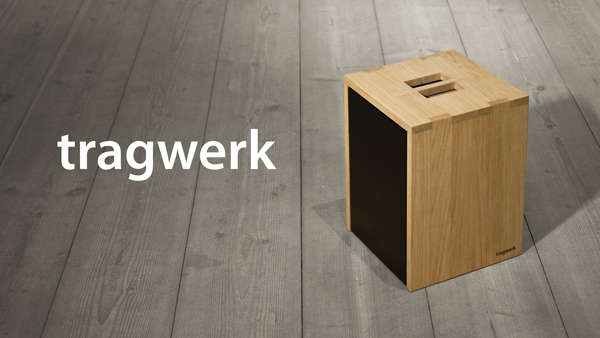 The Tragwerk Toolbox by Tim Wieland is Made for Stylish Handymen

Meghan Young — November 15, 2012 — Art & Design
References: yankodesign
Share on Facebook Share on Twitter Share on LinkedIn Share on Pinterest
The Tragwerk Toolbox is a handy chest for hardware and the like. More than that, however, it is a pleasant update from the traditional red toolbox. In place of metal or plastic, the Tragwerk Toolbox is made out of sleek wood. Sporting a minimal square silhouette, it contains all the usual suspects in a stylish way that will appeal to both men and women.

Designed by Tim Wieland, the Tragwerk Toolbox forgoes the classic industrial look for something a lot more ambiguous. Nevertheless, the simple wood cover slips away to reveal everything from hex keys and hammers to wrenches and rulers. The Tragwerk Toolbox itself can double as a stool, workbench, table and even a step stool.
4.2
Score
Popularity
Activity
Freshness
Access Advisory Services