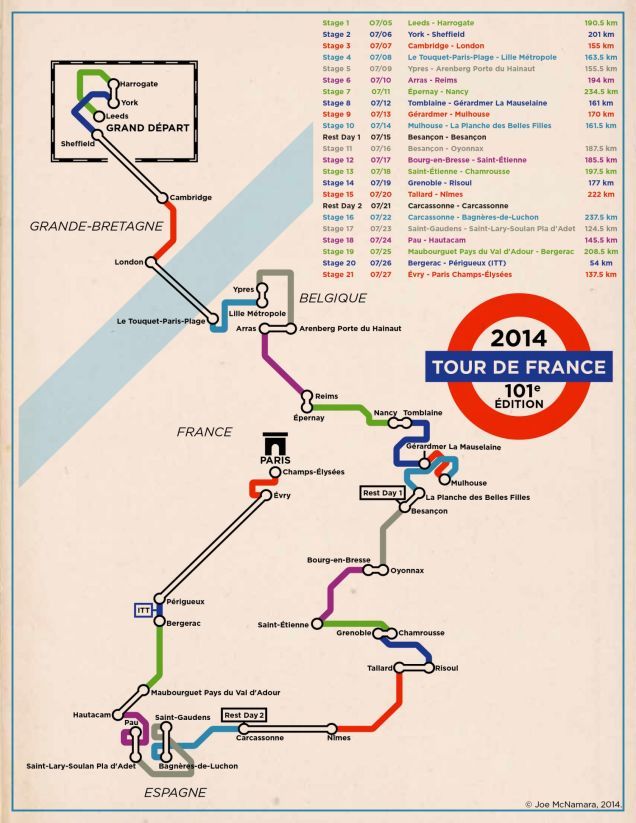 Laura McQuarrie — July 9, 2014 — Lifestyle
References: visual.ly & gizmodo
Share on Facebook Share on Twitter Share on LinkedIn Share on Pinterest
This subway-style Tour de France map is set up to look like the iconic signs used for the London Underground system. Even though the cyclists get to see a lot of lush landscapes when they cover huge distances during the races, most people would probably prefer getting around by tube, even though this means sacrificing a nice view. However, as much as you think that public transit might get you to a destination faster, over the course of the 2014 Tour de France, the competing cyclists will ride over 2,276 miles in incredible spans of time.

This fun map of the route shows the start and end points, with all of the curves and twists in between—but since the map is flattened and scaled down, we really don't get a great sense of the distance or any of the hills that require furious pedaling.
1
Score
Popularity
Activity
Freshness
Get the 2021 Trend Report FREE