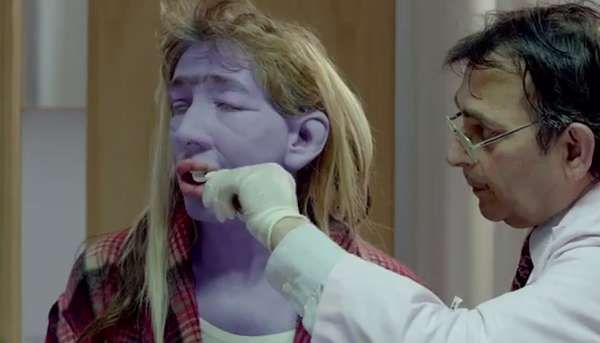 Katherinev123 — June 30, 2012 — Tech
References: us.toshiba & adweek
Share on Facebook Share on Twitter Share on LinkedIn Share on Pinterest
To promote the Toshiba Satellite Ultrabook and its thorough testing prior to release, the electronics brand has released this humorous video spot featuring a human guinea pig who doesn't mind being a test subject -- except when it comes to his Toshiba laptop.

In the ad, the guy undergoes a series of tests that render him swollen, purple and shaky. Holding his Toshiba Satellite Ultrabook throughout the tests, he tells the viewer how he hates that tech companies will treat laptop buyers like "test monkeys," which is not the case with Toshiba.

While a lighthearted attempt to poke fun at test subjects and clinical testing, the spot has received backlash from the professional medical community, with some posting very angry comments on the brand's YouTube channel. For instance, some claim the ad is socially irresponsible, undermining the efforts of medical research organizations who take great pains to ensure that clinical tests are conducted safely so as not to harm participants.

Regardless, as AdWeek points out, the audience of medical testers and participants is small, so "it's unlikely Toshiba will give in to demands to pull the ad or issue an apology."