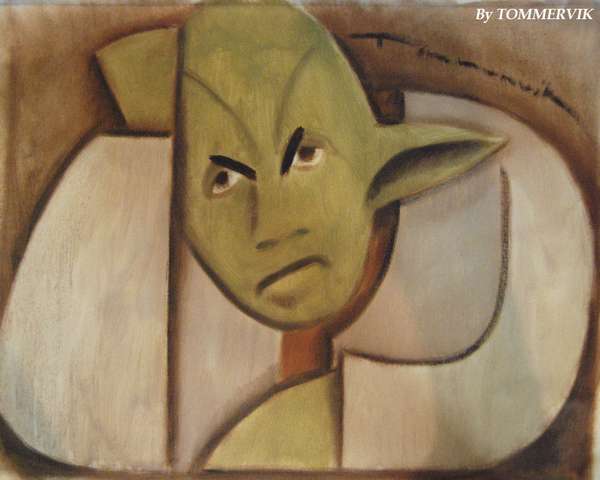 Jason Soy — July 22, 2011 — Pop Culture
References: tommervik & blog.thaeger
Share on Facebook Share on Twitter Share on LinkedIn Share on Pinterest
The Star Wars series is notorious for producing some of the most visually astounding artworks in modern times, but I've yet to see anyone interpret the sci-fi characters the way Tommervik has. Drawing from the 20th century art movement known as Cubism, Tommervik has painted a collection of Star Wars characters and vehicles in the avant-garde style and the results are quite inspired to say the least.

The figures featured in this geeky but fulfilling art series by Tommervik include Yoda, Princess Leia, Darth Vader, R2-D2, some Stormtroopers, and various re-interpretations of the Millennium Falcon.

Implications - With the proliferation of computer-generated graphics saturating media outlets, apathy has become the natural response towards these sorts of graphics. Consumers are, instead, turning towards fine arts images to satiate their visual stimulation needs. Corporations looking to appeal to intellectual audiences may consider utilizing fine arts illustrations in advertising campaigns as opposed to computer graphics.
4.4
Score
Popularity
Activity
Freshness
Get Better and Faster