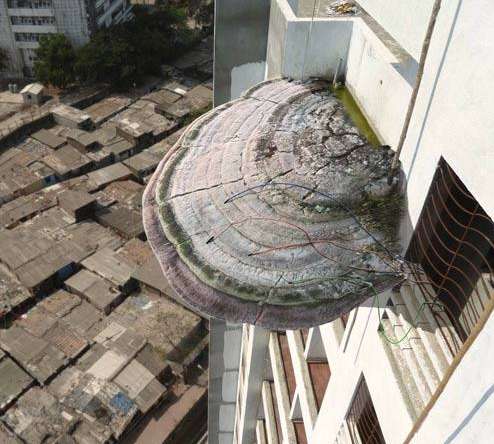 These biotechnological saviors started off as samples from a Dutch lab in Amsterdam. The fungi was engineered to grow at a rapid rate. Police in Europe discovered that several operations attempted to adapt the material for narcotics use. Tobias Revell, a British designer, found that the toadstools made their way to the overpopulated Dharavi slum, where educated citizens harnessed the plant for energy use. In creating a 'New Mumbai,' these large canopies are spreading across balconies and rooftops of apartment buildings, citing that one or two of the large and natural structures are able to power an entire building.

This breakthrough concept could be brought to the Western world, where we could also make use of the simple but powerful technology.
3.6
Score
Popularity
Activity
Freshness
Attend Future Festival Virtual