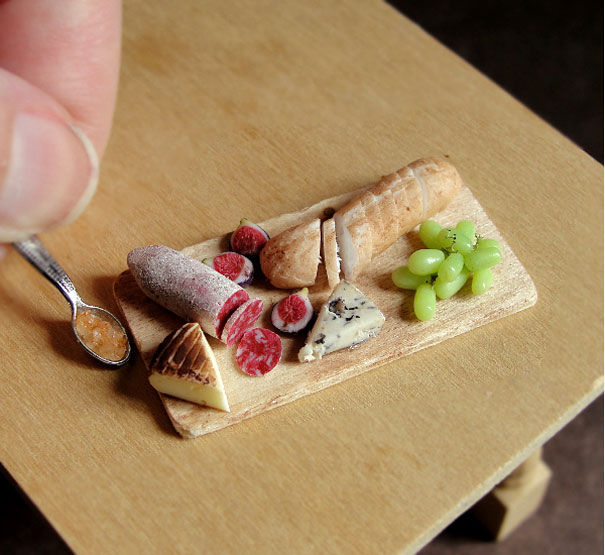 These Food-Resembling Tiny Art Pieces are Really Made From Clay

As part of an ongoing project the American artist creates multiple tiny art pieces. The most recent include a charcuterie board, barbecue and sushi. In addition to polymer clay, the 1 inch scale sculptures are made out of colored chalk pastels, needles, razor blades and rocks. Despite this, the dishes are so realistic looking, you would probably want to eat them on sight.

Kim was inspired by a book she read in 2008 on how to build miniature doll houses.
5.5
Score
Popularity
Activity
Freshness
Get Better and Faster