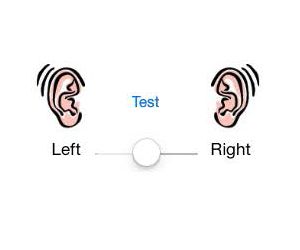 The tinAway mHealth App is Being Developed for Chronic Tinnitus

kirsten louise puls — September 16, 2014 — Tech
References: igg.me & turnofftinnitus
'tinAway' is an mHealth app with a difference – it’s designed to be therapeutic and a potential cure for chronic tinnitus. tinAway blends neuroscience with infotech, and is being developed by a team of biomedical and software engineers.

Chronic tinnitus ('ringing in the ears’) can affect people profoundly and can be severely disruptive. Around one in six people in the USA suffer from it.

Earlier research has demonstrated the possibility of suppressing tinnitus temporarily with sound, but tinAway is an mHealth iPad app, which aims to suppress tinnitus permanently.

tinAway is designed to generate sound paradigms that aim to disrupt the connection between irrelevant nerve activity and tinnitus sound. It’s hoped that repeated disruption will lead to overactive neural pathways in the brain being calmed to the point where the tinnitus is gone permanently.

A prototype tinAway mHealth app is awaiting its first clinical trial. The inventors are reaching out to the public in a crowdfunding campaign to fund it. The campaign is running on Indiegogo until the end of October 2014. Check out the tinAway tinnitus campaign.
5.8
Score
Popularity
Activity
Freshness