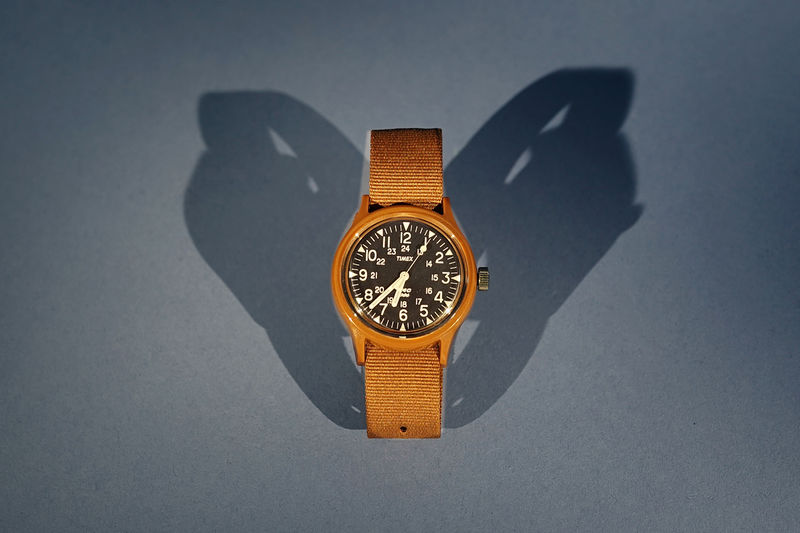 Daniel Johnson — July 25, 2019 — Fashion
References: timex & hypebeast
Share on Facebook Share on Twitter Share on LinkedIn Share on Pinterest
YMC and Timex have partnered to create a new edition to the Timex military watch, titled the MK1. The Timex MK1 was originally released in 1982, where it was distributed to the military. The 1982 edition of the watch had a closed case, which meant the batteries could not be replaced. The original model also had a very minimalist design, in order for it to be mass produced.

Since the original design, the watch was brought back in 2016. Now YMC and Timex have collaborated to create the MK1 in a new 'Burnt Rubber Brown' addition. The watch has a dark blue face, with dials inspired from the time period of the original watch. The YMC logo is presented on the face as well as on the strap of the watch. The design also features water resistance that will work in depths of 30 meters or less. The Timex military watch is available for a price of $92 USD.