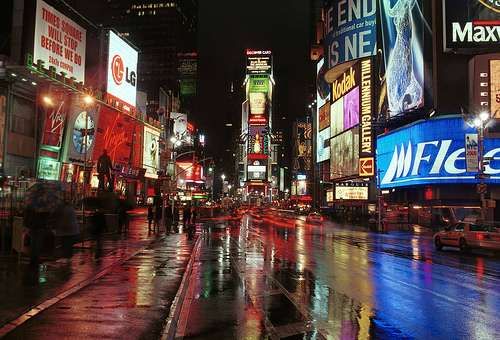 "It's part of our notion of trying to re-imagine what Times Square can be," said Tim Tompkins, President of the Times Square Alliance, a private non-profit organization that provides maintenance and security in the area. The alliance is currently inviting candidates from among local restaurants, caterers and food delivery enterprises to bid for the opportunity to distribute fare to over 100 tables.

Ultimately, Tompkins says he would like to see a menu that offers a sampling of cuisine from several local establishments at the New York Times Square interchange. If city councilors bite on the proposal, proceeds will offset the cost of rubbish removal along a stretch of Broadway that has been closed to vehicular traffic since last year.