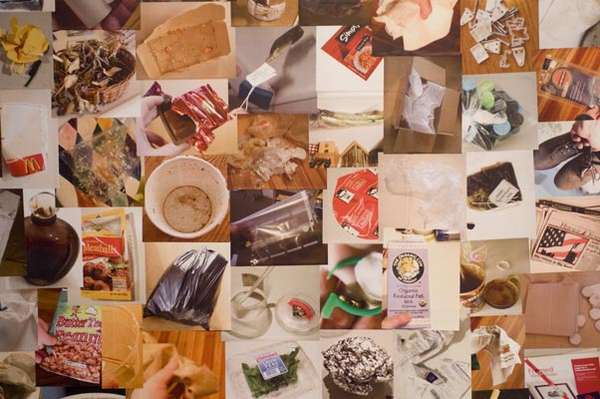 Marissa Brassfield — January 21, 2009 — Eco
References: timgaudreau & treehugger
Share on Facebook Share on Twitter Share on LinkedIn Share on Pinterest
Tim Gaudreau is an eco-artist who took a photograph of every piece of trash he threw away for 365 days. From paper coffee cups to beer bottles, the collage of images that resulted from Gaudreau's journey gave him a new and unexpected insight into his own life.

Gaudreau says in his project statement, "By focusing on all of these images, I came to attach new meaning to my discards. My trash became memorialized, no longer merely throw-aways to be forgotten forever, but now somehow useful. It began to reveal me."

If you documented everything you threw away for a year, what would your collage reveal about your life? Whether you're an eco-activist or someone who's just curious about your own consumption, Gaudreau's project is a fascinating one.
1.9
Score
Popularity
Activity
Freshness
Get Trend Hunter Dashboard