The Wizzybug
Next
Set of
Related
Ideas 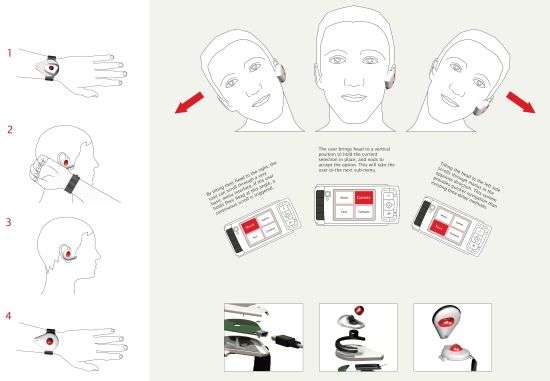 The Tilt Headset Eliminates Phone Problems for the Disabled

Meghan Young — October 5, 2009 — Unique
References: thedesignblog.org
Share on Facebook Share on Twitter Share on LinkedIn Share on Pinterest
This is for a good cause, but it’s already funny enough catching people ‘talking to themselves,’ fidgeting their heads with Ryan Parry’s Tilt Headset is just going to be downright hilarious. That aside, it’s an amazing invention. For those unable to use a phone, Parry has devised a way to bypass those tricky buttons.

With the Tilt Headset, people with physical impairments will be able to scroll utilize their phone by moving their head. For instance, through a series of actions (tilting head to the right to scroll through the menu, placing head back up for selection and nodding to accept it) one can easily manage what was once an impossible activity. See how easily the Tilt Headset could cause misunderstandings? Good thing the Tilt Headset is easily recognizable!
2.1
Score
Popularity
Activity
Freshness
Get Better and Faster

Phones for the Disabled
Braille and Surface Scanner Cell Phones

Disabled Street Performers
Bill Shannon in Rjd2's “Work it Out”

Disability-Friendly Gyms
'The Access' Enables the Disabled to Exercise Easily