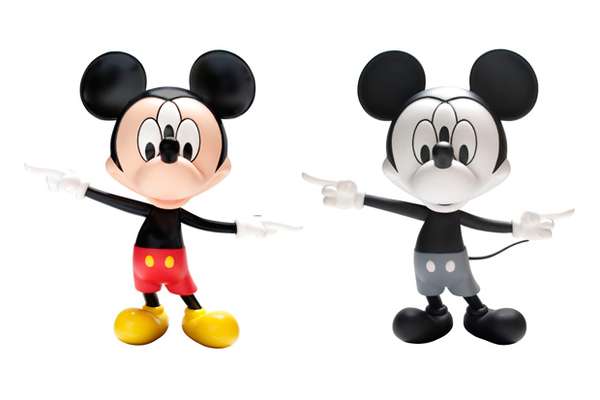 The Three-Eyed Mickey Figure is a collaboration between Hong Kong brand CLOT, MINDstyle and of course, Disney. The toy depicts everyone's favorite mouse with one extra eye located right on the top of his forehead. Other than that, the rest of the character's look remains the same with the white gloves and red shorts with yellow buttons. There are two different versions as well, with one full-color figurine and one classic, gray-toned Mickey.

The Three-Eyed Mickey Figure is set to make its debut at the Taipei Toy Festival and will be available for sale at the CLOT booth.
1.4
Score
Popularity
Activity
Freshness
Jeremy Gutsche Keynote Speaker