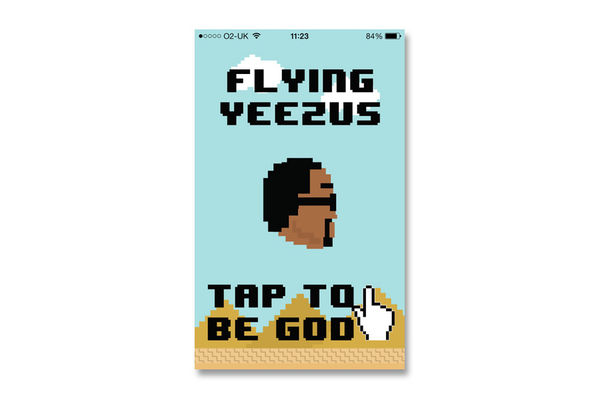 In what is undoubtedly the best reinterpretation yet, this humorous app spoof gives users the comedic pleasure of playing as Kanye West’s floating head through the same concept of the highly addictive Flappy Bird. With an opening screen saying “Tap To Be A God,” we get the very arrogance that Mr. West thrives upon. Users are encouraged to tap up and down to get him through obstacles, much like the renowned bird who instilled stress upon anyone who indulged in the game.

Whether you love the controversial artist, or simply want to see Kanye West’s head inevitably smack against pipes, this is the Flappy Bird supplement you’ve been waiting for.