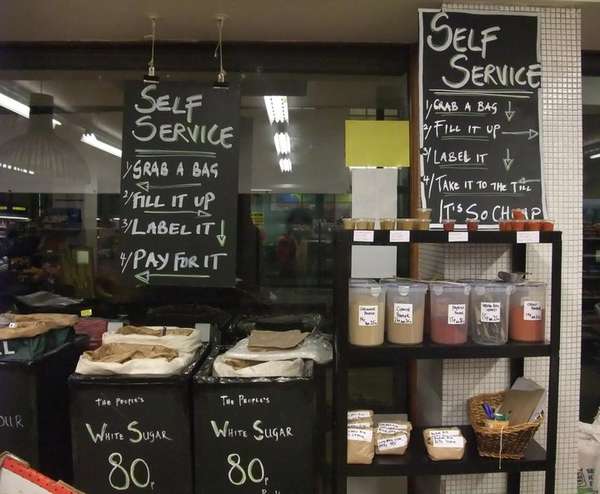 Tiana Reid — January 12, 2012 — Social Good
References: facebook & guardian
Share on Facebook Share on Twitter Share on LinkedIn Share on Pinterest
It's a wonder that a social enterprise called The People's Supermarket is considered a relatively innovative idea. After all, isn't food supposed to be about community and health? Of course, with corporate farming and the proliferation of SUV-like supermarkets, it's harder than ever to find grocery stores that value social impact just as much as economic impact.

In the United Kingdom, there's The People's Supermarket, which was founded by Arthur Potts Dawson. "The logic behind the establishment of a social enterprise to address the relentless march of the bigger supermarkets is certainly sound," wrote Dermot Egan in the Guardian Social Enterprise Network. "The 'Tesco effect' on local communities is very real, squeezing the livelihoods of suppliers and farmers, and forcing smaller local operators out of business." While the thesis of Egan's article was criticizing consumer loyalty, it's this general mood of "big is bad" that sparks the re-establishment of local grocers.

Indeed, The People's Supermarket has a mission of creating an alternative food buying network where community is counted.