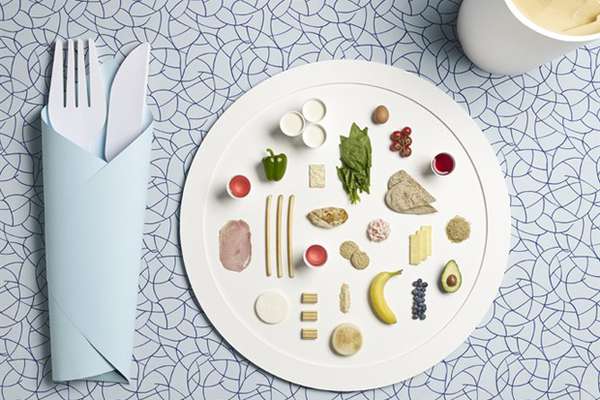 Cody Turner — August 2, 2012 — Special
References: sarahparkercreative.tumblr & junk-culture
Share on Facebook Share on Twitter Share on LinkedIn Share on Pinterest
The ‘Meals of Athletes as the Olympics’ photo series asks the question: have you ever wondered what it takes to fuel the Olympic athletes that you see on TV? Creative duo Sarah Parker and Michael Bodiam have put together a series that details just what it takes to fuel these Olympic machines.

Working together with five-star Olympic nutritionist Dan Bernadot, each menu was re-envisioned by using laser-cut MDF, paper and cardboard to create the giant models of plates, forks and knives, napkins and salt and pepper shakers. The food on the plates are life-sized; it's the plate itself that's huge. This gives the photographs an odd effect, making it seem like olympians are only eating tiny portions.

When asked about the photographs, Sarah and Michael stated, “we wanted people to be able to draw direct comparison between the diets, and to produce something quite playful that subtly hinted at the sport each athlete participated in.”