From Late Night to Prime Time 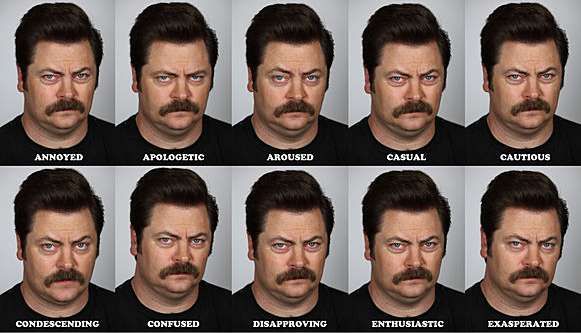 The Many Faces of Ron Pays Tribute to Mr. Swanson

One of the main characters on the show, Ron Swanson, has already garnered cult icon status with his overwhelming machismo and libertarian views. Seen here is a collection of his wide range of emotions. Sure, it would be easy to recycle the same picture over and over again and receive the same amount of laughs, but Nick Offerman, the man who brings Ron Swanson to life, actually put in a conscious effort to make each face different in as subtle a manner as possible. If you haven’t guessed it already, I love this show.

My favorite expression in The Many Faces of Ron collection goes to Mr. Swanson’s “aroused” face, which is essentially a less-threatening version of his “condescending” face.
4
Score
Popularity
Activity
Freshness
View Innovation Webinars