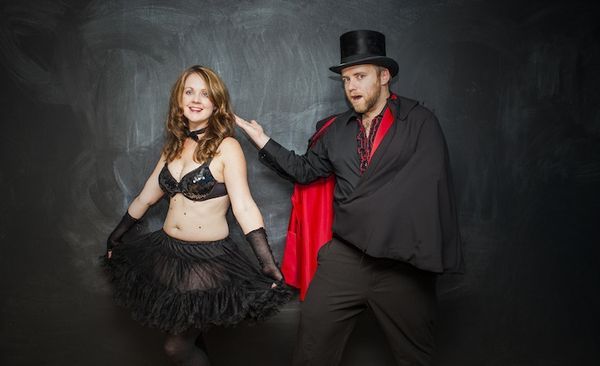 The Magic Show by Anthony Stewart Shows Conjures a Baby

Vasiliki Marapas — October 21, 2013 — Pop Culture
References: daddyslittleprop.tumblr & mymodernmet
Share on Facebook Share on Twitter Share on LinkedIn Share on Pinterest
'The Magic Show' by Antony Stewart is an inventive response to Patrice Laroche's hilarious How to Make a Baby photo series. Stewart is the magician behind the Tumblr Daddy's Little Prop, a blog intended to document family moments. In July, he and his wife welcomed a baby girl and they decided to announce her arrival with an adorable photo series.

Stewart had his wife dress up as his sexy assistant. In a flourish of his cape, his wife instantly becomes pregnant. However, she doesn't seem so thrilled with this development, so Stewart tries again. This time, his cape yields his precious baby girl, appropriately outfitted in a bunny costume.

Though a baby is arguably more of a commitment than pulling a rabbit out of a hat, the couple seems overjoyed with this little bit of magic.
6.9
Score
Popularity
Activity
Freshness
Jeremy Gutsche Keynote Speaker