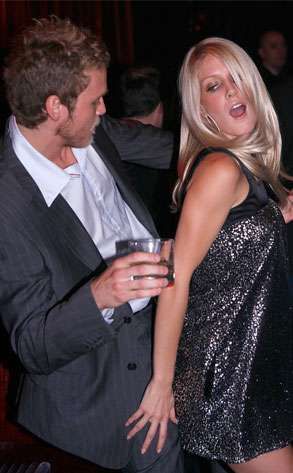 Spencer Pratt of 'The Hills' to Release Full-Length Rap Album

Rose Nazarali — May 16, 2009 — Pop Culture
References: weblogs.newsday & perezhilton
Share on Facebook Share on Twitter Share on LinkedIn Share on Pinterest
No, you didn’t read that title wrong. I am here to inform you that ‘The Hills’ star Spencer Pratt is, in fact, recording an album. And this isn’t just any album folks, this here is going to be a rap album. Yes, that’s right--Spencer Pratt is releasing a rap album.

Spencer Pratt went as far as to say he is the “white Jay-Z.” Oh, but it doesn’t end there. Speaking about himself and his wife, Heidi Montag, Pratt says that they are the next “Biggie and Lil’ Kim.”

I’m not sure if we should go that far, but Spencer Pratt and Heidi Montag seem to be taking this music thing quite seriously. In the video above, you can catch a glimpse of Spencer’s spitting skills featured on Heidi’s single, “Body Language.”
4.6
Score
Popularity
Activity
Freshness
View Innovation Webinars