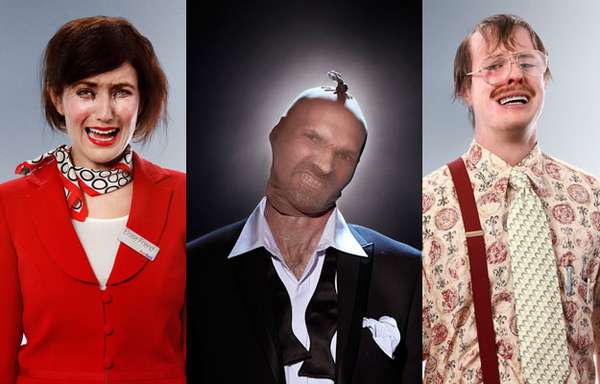 Meghan Young — September 4, 2011 — Fashion
References: behance.net & behance.net
Share on Facebook Share on Twitter Share on LinkedIn Share on Pinterest
The Heist photo series is absolutely hilarious. Although it centers on a very serious and scary situation, it portrays the people involved as quite comical. Granted, if we were to actually be able to remove the feeling of fear or the adrenaline accompanying illegal acts just for a moment, we could probably see our many of our reactions as quite laughable.

Shot by Sydney-based photographer Jonathan May, The Heist photo series is inspired by such classic movies as "Killing Zone," "Reservoir Dogs" and "Point Break." The Heist series focuses on the changing emotions experienced by both parties. For instance, a dapper-looking, pleasant-faced young man turns into a villainous, masked burglar and a sweet, adorable little girls turns into a crying, frightened one. Although funny, the expressions are quite convincing.
2.8
Score
Popularity
Activity
Freshness
Attend Future Festival