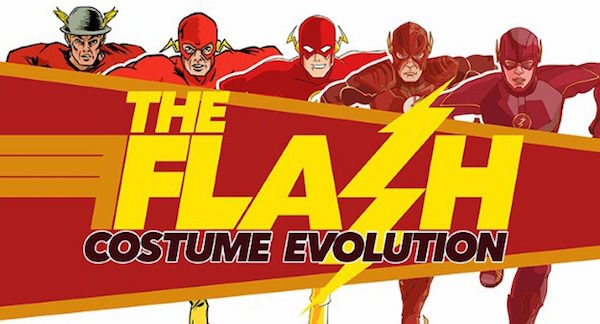 This Infographic Depicts the Evolution of the Flash Costume

Ady Floyd — October 6, 2015 — Fashion
References: halloweencostumes & designtaxi
'HalloweenCostumes' created this infographic that shows the 75-year transition of the Flash costume. From the superhero's emergence in 1940 until today, he has always been dressed in his signature red colored ensemble, but many features have been altered over the years.

While the stylistic approach to comic book characters has remained similar, the evolution of the Flash costume shows society's demand for heroes to change with the times. The original comic character actually dressed in loosely fitted dark blue pants, a red shirt and a yellow mask. Today, Flash is dressed in a skin tight red jumpsuit that accentuates his every muscle.

Essentially this infographic shows how much society's focus has shifted from the heroic content of Flash's actions to the sexualization of superheroes in general.
4.7
Score
Popularity
Activity
Freshness